I have a wonderful treat for you today!! (Don’t I always?!  😉  )  I have the pleasure of an awesome lady’s company today!! Bethany Turner is our current Rave Reviews Book Club “SPOTLIGHT” Author and she is blessing us with a visit today.

Bethany has this incredible book series:  The Abigail Phelps Series. And trust me, you’ll fall in love!!  🙂

Excerpt from Scenes From Highland Falls, Book Two in the Abigail Phelps Series

[Author’s Note: Dr. Alec Redmond is convinced he understands the situation. His patient, Abigail Phelps, has been diagnosed with mixed type delusional disorder, and for many years he has treated Abigail through her claims of stardom and success and high profile romances. The introduction of Avery Brennan into his life changes everything, for Ms. Brennan is in possession of a handwritten, extremely personal letter to his patient, from Jacqueline Kennedy Onassis. With a single piece of paper, Dr. Redmond is made to question everything he believed to be true. – BT]

FROM THE DESK OF DR. ALEC B. REDMOND:

My phone couldn’t turn on quickly enough, and then I couldn’t dial fast enough, and then no one answered soon enough. When Avery finally answered her phone, though it was very late at night in New York, she didn’t greet me with hello but rather, “Well, that took longer than I thought it would.”

I explained to her that the only barrier which stood between myself and an earlier call was a very intolerant, though perhaps deservedly so in retrospect, flight

attendant, and her threat to “air marshal” me. Prior to that flight

I had never been aware that air marshal was a verb, so it was a very educational experience all around.

“So what the hell was that, Avery?” I asked as I exited the plane.

“Why, Dr. Redmond, I do believe I have your attention,” she said in response.

I had read the letter from Jackie Kennedy endlessly over the course of the flight, and I understood it no more after the last reading than I had after the first. The letter couldn’t possibly be legitimate, I had tried to convince myself, and on several occasions I almost succeeded. After all, if Abigail had actually received such a heartfelt, intimate correspondence from her, then she had actually known her, and if she knew her, she might have known John F. Kennedy Jr., and the apologies in the letter might actually reference a day in Hyannis Port in 1982. A day which, according to Abigail’s book, had ended with John and Abigail being driven apart by a vindictive Senator Ted Kennedy. And if that were true…

It couldn’t be, and yet I knew the letter was not a forgery. Somehow I just knew it. I was just a boy at the time of President Kennedy’s assassination, but I was a boy who saw his world forever changed that November, and who grew and matured in the shadow of the loss. I had a crush on Caroline Kennedy and I aspired to be Bobby Kennedy. Older and even more impressionable when Bobby died in 1968, I watched as Jackie, Caroline, and John took on a new life in Greece and Mrs. Kennedy became Mrs. Onassis. And I wanted to go away with them, convinced that if America killed men like the Kennedy brothers, and Martin Luther King Jr., then I wanted nothing to do with America.

Eventually my outlook changed of course, and I decided to try to make the world better, in my small way, rather than grumble about all of the negatives. I was not a historian, and I was not a handwriting expert, but I knew Jacqueline Kennedy Onassis’s signature when I saw it. It was the same signature, though without the Onassis of course, which signed letters to President and Lady Bird Johnson, thanking them for their kindness with a level of class none of us could understand, and it was the same signature which later signed literary clients at Doubleday and petitioned for the historical designation which would go on to save Grand Central Station.

And that same signature was at the bottom of a beautiful letter written to my favorite patient, who had never bothered to mention her personal connection to Jackie Kennedy.

“Yes, Ms. Brennan,” I said into the phone. “You have my attention.” 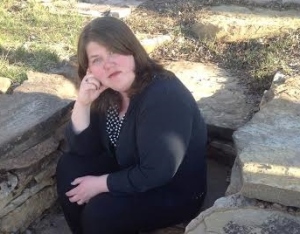 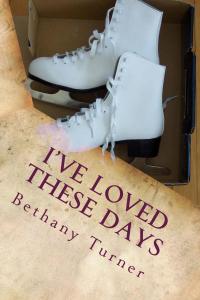 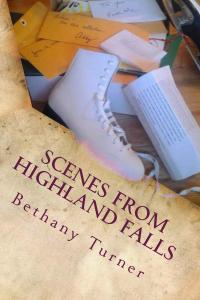 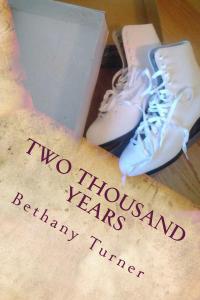 I sincerely hope you enjoyed today’s special guest! I know I did!!! If you want to read more, head over to the RRBC Spotlight page!

Now that you’ve read an intriguing book excerpt, do yourself a favor and rush over to Amazon!! Go now!!!  🙂

Until next time, bloggers……… Let’s make it a great day!!!

This site uses Akismet to reduce spam. Learn how your comment data is processed.

“The Nightmare” by Tyler Scott Hess

All reviews & buy links will be posted to the Book Reviews page.

If you wish to support my endeavors, donations are always appreciated. They help keep the site going. All contributors will receive a special thank you.

A special thanks to the following contributors: