I am so pleased to welcome the first RRBC “SPOTLIGHT” AUTHOR of 2018… Vashti Quiroz-Vega, Author of THE FALL OF LILITH. Please help me in supporting her today, this week during her blog tour, and all month as the Spotlight is shined on her.

When Lilith arrived at the tree, she marveled at its brilliance. She coiled her tail around its base, slid to a branch, and plucked one of its blushing fruit. She stared at it, but hesitated to put it in her mouth, recalling what happened when she bit into the fruit from the other tree.

The fruit was like none she had ever seen, draped in shiny reddish-gold. It was cold and smooth in her hand. She placed her mouth over it and sank her bloodstained teeth into its crisp, delicious flesh. The fruit squirted its sweet, succulent juice into her mouth. Its scent swathed her like a dip in a pool of warm water, conjuring images of Heaven’s light and bathing in the River of Life. The aroma was bright, cheerful, and more fragrant than any flower in Heaven’s Triumph Gardens.

Upon finishing the magnificent fruit, she began to undergo a transformation. She grew stronger, full of energy and vitality. The eyes on her wings gained the power of sight, having been of no use in the past. Now she saw in every direction at once, except directly behind her. The feathers in her wings became lustrous and able to withstand extreme temperatures. The inner frame of her wings became stronger, capable of enduring powerful impacts. Her tail grew longer and robust. The colors of her lower half were alluring and intense. She knew she was becoming godlike.

Blinding flashes of lightning sliced through the sky. Thunder, which followed closely, shook the ground. As the wind grew stronger, the numerous trees in the Garden began to disintegrate one by one. The dust left behind by the crumbling trees blew to and fro in the increasing wind. Flowers and greeneries no longer crooned melodies. The vegetation wailed and screeched as it ceased to exist.

Lilith scanned her surroundings. The colors of the Garden were gone, and only dreariness remained as it all turned to sand. She released the Tree of Life and leapt to the ground before it, too, dissolved. She lifted her eyes to the sky, now an ominous dark gray. A jagged bolt of lightning struck nearby; she screamed. Overhead thunder continued to rumble, boom, and clash. She jumped as her hands flew to cover her ears. She slithered ahead, leaning into the wind. Dirt and debris whizzed by her, whipping her face and body. She pressed her eyelids together against the sting of the violent wind. A heavy, humid smell spread through the air. The Garden of Eden was in turmoil. If she did not exit soon, she would suffer the wrath of God.

She flapped her wings. Thick, turbulent winds attacked her from every direction, making it difficult for her to take flight. Beating her powerful wings faster she lifted herself off the ground. She moved through the dense, forceful atmosphere, and finally escaped. Had she not eaten from the Tree of Life and gained supernatural powers, she would have perished. Once more, she headed to the cover of the forest. She settled on the tallest tree where she could overlook the destruction of paradise.

Flowers no longer sang, but

wailed as they ceased to exist 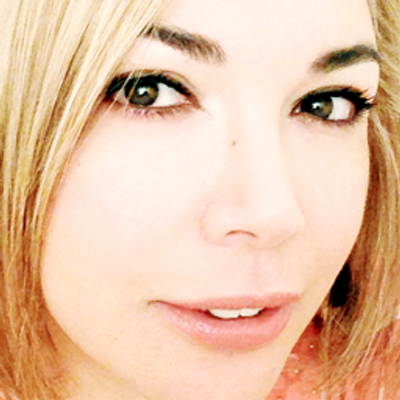 Vashti Quiroz-Vega is a writer of fantasy, horror, and suspense/thriller. When she isn’t creating extraordinary worlds or fleshing out powerful characters, she enjoys reading, traveling, kayaking, photography, and seeking adventures. She lives in Florida with her husband and fur baby, a Pomeranian named Scribbles (who’s also her writing buddy).

THE FALL OF LILITH

In The Fall of Lilith, Vashti Quiroz-Vega crafts an irresistible new take on heaven and hell that boldly lays bare the passionate, conflicted natures of God’s first creations: the resplendent celestial beings known as angels.

If you think you know their story, think again.

Endowed with every gift of mind, body, and spirit, the angels reside in a paradise bounded by divine laws, chief of which are obedience to God, and celibacy. In all other things, the angels possess free will, that they may add in their own unique ways to God’s unfolding plan.

Lilith, most exquisite of angels, finds the rules arbitrary and stifling. She yearns to follow no plan but her own: a plan that leads to the throne now occupied by God himself. With clever words and forbidden caresses, Lilith sows discontent among the angels. Soon the virus of rebellion has spread to the greatest of them all: Lucifer.

Now, as angel is pitted against angel, old loyalties are betrayed and friendships broken. Lust, envy, pride, and ambition arise to shake the foundations of heaven . . . and beyond. For what begins as a war in paradise invades God’s newest creation, a planet known as Earth. It is there, in the garden called Eden, that Lilith, Lucifer, and the other rebel angels will seek a final desperate victory—or a venomous revenge.

Thank you so much for visiting with us today. I encourage you to follow along with the rest of Vashti’s blog tour, as well as the rest of her exciting “SPOTLIGHT” Author month!!

This site uses Akismet to reduce spam. Learn how your comment data is processed.

“The Nightmare” by Tyler Scott Hess

All reviews & buy links will be posted to the Book Reviews page.

If you wish to support my endeavors, donations are always appreciated. They help keep the site going. All contributors will receive a special thank you.

A special thanks to the following contributors: